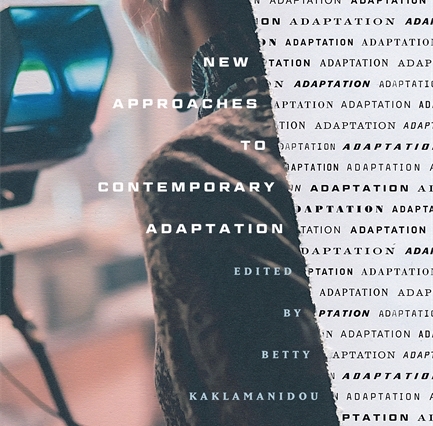 In New Approaches to Contemporary Adaptation, editor Betty Kaklamanidou defiantly claims that “all films are adaptations.” The wide-ranging chapters included in this book highlight the growing and evolving relevance of the field of adaptation studies and its many branding subfields. Armed with a wealth of methodologies, theoretical concepts, and sophisticated paradigms of case-studies analyses of the past, these scholars expand the field to new and exciting realms.

“New Approaches to Contemporary Adaptations calls for the development of new ways of looking at adaptations and paves the way for future work in the field by highlighting the importance of data compilation and analysis. The anthology brings together ten fascinating contributions which illuminate its theoretical framework and reflect the increasingly diverse landscape of adaptations and their study.” – Costas Constandinides, author of From Film Adaptation to Post-celluloid Adaptation

“New Approaches to Contemporary Adaptation is very admirable, an apt representation of where adaptation studies can travel once scholars, readers, viewers, and artists have released adaptations and sources from binary ways of thinking. The breadth of the volume and its insistence on breaking out of traditional concepts will intrigue readers across disciplines.” – Julie Grossman, professor of literature and film studies at Le Moyne College and co-editor of the Adaptation and Visual Culture series with Palgrave Macmillan

Betty Kaklamanidou is a Fulbright scholar and associate professor in Film and Television History and Theory at Aristotle University, Thessaloniki, Greece. She is the author of Easy A: The End of the High-School Teen Comedy? (2018), and co-editor of Contemporary European Cinema: Crisis Narratives and Narratives in Crisis (2018).

Publications, The Association of Adaptation Studies
Categories
Latest Posts
Archives
We use cookies to give you the best experience on our site. By continuing to use our website, you are agreeing to our use of cookies.OK