The Association of Adaptation Studies Trustees 2020 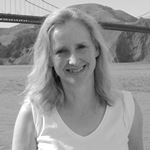 Kamilla Elliott
Kamilla Elliott is Professor of Literature and Media in the Department of English and Creative Writing at the University of Lancaster. Her principal teaching and research interests lie in British literature of the long nineteenth century and literature’s relations with other media generally. She is author of Rethinking the Novel/Film Debate (Cambridge, 2003), Portraiture and British Gothic Fiction: The Rise of Picture Identification, 1764–1835 (Johns Hopkins, 2012), and Theorizing Adaptation (Oxford, 2020). She has also published essays on other particular aspects of theorizing adaptation, adaptation pedagogy, adaptation scholarship, adaptation in the form of book illustration, Victorian literature adapted to film and television, tie-in merchandise as adaptation, pictorial and audiovisual representations of authors and authorship, Gothic film parody, the concept of unfilmable books, and the ad-app-tation of the British literary canon to mobile apps.
Read Kamilla Elliott’s academic profile. Contact Kamilla Elliott. 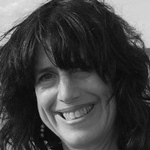 Julie Grossman
Julie Grossman teaches courses in literature and film and television studies at Le Moyne College in Syracuse, NY, USA. She is founding co-editor of the book series Adaptation and Visual Culture (Palgrave Macmillan). She is author of numerous scholarly essays in edited collections and journals such as Quarterly Review of Film and Video, ELH, Criticism, and Adaptation.  Her books include A Due Voci: The Photography of Rita Hammond (co-edited with Ann M. Ryan and Kim Waale, Syracuse University Press, 2003); Rethinking the Femme Fatale in Film Noir (Palgrave Macmillan, 2009, 2012); Literature, Film, and Their Hideous Progeny: Adaptation and ElasTEXTity (Palgrave Macmillan, 2015); Ida Lupino, Director: Her Art and Resilience in Times of Transition (co-authored with Therese Grisham, Rutgers University Press, 2017); and Adaptation in Visual Culture: Images, Texts, and Their Multiple Worlds (co-edited with R. Barton Palmer, Palgrave Macmillan, 2017).  In 2020, she published The Femme Fatale with Rutgers University Press and Twin Peaks (co-authored with Will Scheibel) with Wayne State University. She is presently at work on an edited collection of essays on the Showtime series Penny Dreadful and adaptation (with Will Scheibel), forthcoming from Palgrave Macmillan, and a two-volume book project on performance in film noir (co-authored with R. Barton Palmer), forthcoming from Edinburgh University Press. 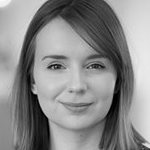 Anna Blackwell
Anna Blackwell is a lecturer in English at De Montfort University, Leicester and a member of the Centre for Adaptations. She teaches at undergraduate and postgraduate level at DMU and is the head of research students for the Institute of English. Both her teaching and research focus on the adaptation of Shakespeare within contemporary culture and her first monograph,Shakespearean Celebrity in the Digital Age, was published in 2018 by Palgrave. Other publications include chapters in the edited collections, The Routledge Companion to Adaptation (2018); Adaptation, Awards Culture and the Value of Prestige (2017) and Broadcast Your Shakespeare (2017). She has also been published in the journals English Literature, Adaptation, and the Journal of Adaptation in Film and Performance. Anna’s next project will be on craft adaptations of Shakespeare and the precarity of creative employment in neoliberal economies.
Read Anna Blackwell’s academic profile. Contact Anna Blackwell. 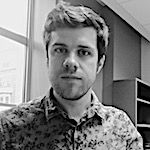 Kyle Meikle
AAS Secretary Kyle Meikle is Assistant Professor of English and Communication at the University of Baltimore. He has published essays in Adaptation (for which he serves as the Film Reviews Editor), Literature/Film Quarterly, and the Journal of Adaptation in Film & Performance, and has authored chapters for The Oxford Handbook of Adaptation Studies and the forthcoming Routledge Companion to Adaptation. He is the co-author, with Thomas Leitch, of the Oxford Bibliographies guide to adaptation, and the author of Adaptations in the Franchise Era: 2001-16, part of Deborah Cartmell’s Bloomsbury Adaptation Histories series.
Read Kyle Meikle’s academic profile. Contact Kyle Meikle. 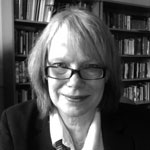 Joyce Goggin
Joyce Goggin is a senior lecturer at the University of Amsterdam, where she teaches literature, film and media studies. She has been an active member of AAS for many years and organized the association’s annual conference in both 2008 and 2009. Dr. Goggin’s most recent published on work on adaptation includes, “’Everything is Awesome’: Spreadable Stories and The LEGO Movie,” in Adaptation in the Age of Media Convergence. Eds. Johannes Fehrle and Werner Schäfke (Amsterdam UP, 2019), “Dickens from Balloons to Voice Overs,” in The Routledge Companion to Adaptation. Eds. Denis Crutcheon and Eckart Voigts (Routledge, 2018), and “Live and Let Die: The Tarot as Other in the 007 Universe,” in Bond Uncovered. Ed. Jeremy Strong (Palgrave, 2018). Her book chapter, “Toyetics and Novelizations: Bringing The LEGO Movie to the Page,” was published in More Than Just Bricks: Critical Perspectives on LEGO in Popular Culture. Eds. Rebecca Haines and Sharon Mazzarella (Palgrave, 2020).
Read Joyce Goggin’s academic profile. Contact Joyce Goggin. 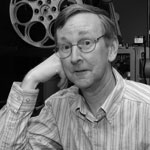 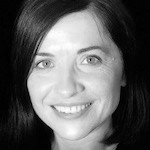 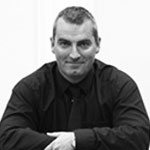 Jeremy Strong
AAS Trustee and ex-Co-Chair Jeremy Strong is Professor of Literature and Film at the University of West London. He serves on the editorial board of Adaptation and other journals. Widely published on adaptation, he also writes about food, culture, books, and movies. His books include James Bond Uncovered (2018), Educated Tastes: Food, Drink and Connoisseur Culture (2011) and the novel Mean Business (2013). He recently guest edited a special issue of Adaptation on ‘Adaptation and History’ (2019). 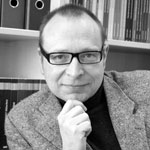 Eckart Voigts
Dr Eckart Voigts is Professor of English Literature at TU Braunschweig, Germany. Most recently, he has co-edited (with Katja Krebs and Dennis Cutchins) the Routledge Companion to Adaptation (2018). He has written, edited and co-edited numerous further books and articles, such as the special issue of Adaptation (vol. 6.2, 2013) on transmedia storytelling, Introduction to Media Studies (Klett 2004), Janespotting and Beyond: British Heritage Retrovisions since the Mid-1990s (Narr 2005), Adaptations – Performing Across Media and Genres (WVT 2009) Reflecting on Darwin (Ashgate 2014), Dystopia, Science Fiction, Post-Apocalypse (WVT 2015), and Transforming Cities (Winter 2018).

For general queries please email us.