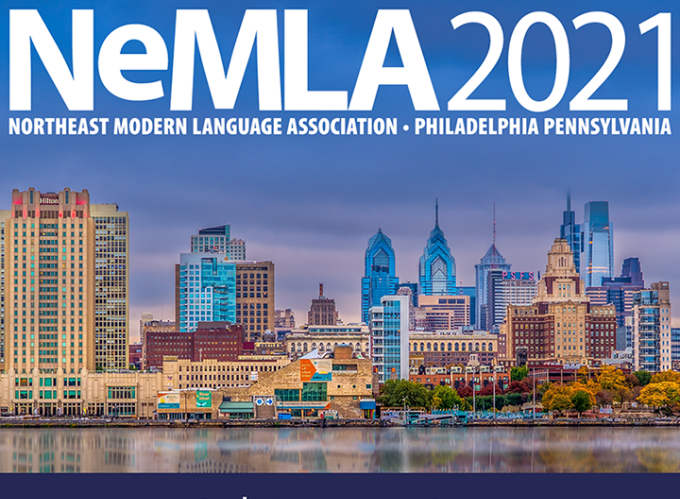 Last year, several AAS members organized a track of adaptation panels at the Northeast Modern Language Association (NeMLA) Convention. The experiment was so successful that we plan to return for another round to the next NeMLA Annual Convention (officially in Philadelphia, but more likely online, from 11-14 March 2021). Please see the NeMLA website for more information on the upcoming Annual Convention.

We’d welcome proposals for presentations in any of the four events we’ve planned: three traditional panels and a roundtable. Abstracts should be submitted directly to NeMLA at https://www.cfplist.com/nemla/Home/CFP by Sunday, 11 October. But all four prospective leaders would welcome inquiries directly at our own e-addresses. Below are calls for papers for proposed sessions:

This panel explores adaptation through transformations of literary and film noir, raising questions about what constitutes both adaptation and noir. Is noir a genre, style, or tone? Is it married to a particular historical moment (postwar American film noir, for example), or is it transhistorical? If the former, how do we theorize adaptations of classic noir? If the latter, what are the dominant traits that make it so adaptable? Whether historically specific or universal, noir helps us to see the value and place of textual transformations over time. Further, the panel will address ways in which these transformations reveal not only noir’s aesthetic properties but its repeated tendency to uncover or illuminate social injustice. In this context, the panel will be exploring how noir adaptations deploy their literary impulses and visual characteristics to orient readers, viewers, and audiences to social critique. The panel will explore in a related fashion noir’s gendered character patterns, such as the masculine hard-boiled protagonist and the so-called femme fatale. In its variations on gender critique, noir is especially well positioned to offer commentary on social change. Finally, the panel will investigate the extent to which noir is truly cross-disciplinary (appearing meaningfully in culture largely), or mostly significant as a descriptor in connection with film noir, or modern American hardboiled fiction. In this context, one wonders how and why noir has been adapted to advance political or legal arguments, such as in Chief Justice Roberts’s surprising dissent in Pennsylvania v. Dunlap in 2008, in which Roberts writes a description of the case fully in the style of literary noir. The Chief Justice’s legal appropriation further underscores how ingrained noir is but also raises questions about the ethics of adaptation.

New Historicism argues, among other things, that imaginative texts are forged and shaped not simply in the minds of storytellers but also by sets of socio-historical contingencies that accompany their production. Thus, texts such as novels and films function in a historically reflective rearview-mirror capacity. From that angle, adaptations/remakes present an interesting critical opportunity, in that they exert a sort of double presence, holding the capacity to reflect (at least) two historical moments, one traditional and one innovative.

This panel calls for papers that explore recent remakes/adaptations of older texts, for their ability to function as direct reflections of our current socio-cultural moment. A film like The Invisible Man (2020) leaps to mind. It directly engages with tradition and innovation by using a previous work (or works) as a springboard to directly rehearse and process immediate concerns and anxieties of our (#metoo) moment. That is, its adaptive changes to Wells’s short novel (1897) and/or Whale’s movie (1933) often relate directly to changes, anxieties, and principles present in our world. With that in mind, such adaptations/remakes offer unique access to what I’m calling Now Historicism, the ability to use adaptations/remakes to chart, through the windshield, the changing world of our immediate contemporary social landscape.

The theme for this year’s conference, “Tradition and Innovation: Changing Worlds Through the Humanities,” is particularly hospitable to discussions of adaptation, which by definition considers the way that texts change, or are changed, in order to create and appeal to changing worlds. This session is rooted in the puns in “changing,” which is both a verb and an adjective, and “worlds,” which can refer to either the world inside a given text or the outside world for which it has been created and recreated. Accordingly, the session will focus on the relations between the ways texts, minds, lives, and worlds adapt and the ways they are adapted by others in response to changes in each of these other areas. The roundtable will limit participants to opening statements of no more than five minutes each in order to reserve most of its time for dialogue between adapters, adaptation scholars, and humanist observers of the contemporary world’s rapidly changing needs about the ways that texts and their interpretations and revisions adapt to reflect, reveal, and address changes in the larger culture.

Texts participate in inclusive generic formations even while they exploit them, part of the more encompassing entity that is also internalized as structure and vehicle for articulation of a particular text. How is this already complex interaction further complicated in relation to adaptation? In Todd Haynes’s Far From Heaven (2002), for example, Haynes replicates the style of Douglas Sirk’s 1950’s melodramas. But when is Haynes in dialogue with Sirk and when is he redeploying preexisting codes of melodrama directly to move his audience? Is the success of his adaptation precisely based on imitating Sirk’s use of the genre? Neo-noir films frequently adapt precursor texts while functioning within altered generic strictures—Body Heat (1981) and Double Indemnity (1944) might serve as an example. Both the genre and the relationship with the source texts can frame meanings, while at the same time providing scaffolding for the creation of new texts. This is among the many processes of change, engaging tradition while in the act of innovating.

Proposals addressing any aspect of the interaction of adaptation and genre are welcome, including cases of intersection within, between, or among works in any medium.