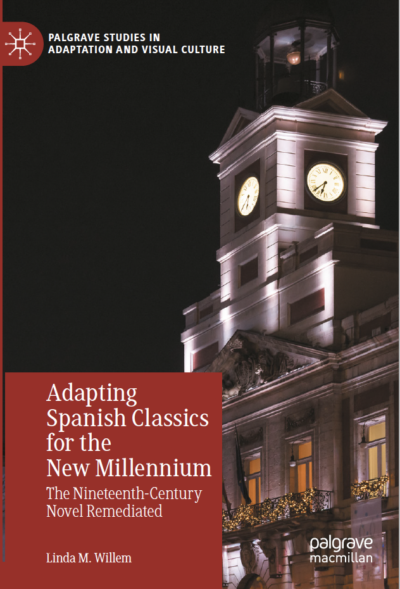 The twenty-first-century’s turn away from fidelity-based adaptations toward more innovative approaches has allowed adapters from Spain, Argentina, and the United States to draw upon Spain’s rich body of nineteenth-century classics to address contemporary concerns about gender, sexuality, race, class, disability, celebrity, immigration, identity, social justice, and domestic violence.  This book provides a snapshot of visual adaptations in the first two decades of the new millennium, examining how novelistic material from the past has been remediated for today’s viewers through film, television, theater, opera, and the graphic novel.  Its theoretical approach refines the binary view of adapters as either honoring or opposing their source texts by positing three adaptation strategies: salvaging (which preserves old stories by giving them renewed life for modern audiences), utilizing (which draws upon a preexisting text for an alternative purpose, building upon the story and creating a shift in emphasis without devaluing the source material), and appropriation (which involves a critique of the source text, often with an attempt to dismantle its authority). Special attention is given to how adapters address audiences that are familiar with the source texts, and those that are not.  This examination of the vibrant afterlife of classic literature will be of interest to scholars and educators in the fields of adaptation, media, Spanish literature, cultural studies, performance, and the graphic arts.

More information about Adapting Spanish Classics for the New Millennium, including how to purchase can be found at SpringerLink. Part of the Palgrave Studies in Adaptation and Visual Culture, edited by Julie Grossman and R. Barton Palmer. To read more about the series, click here.