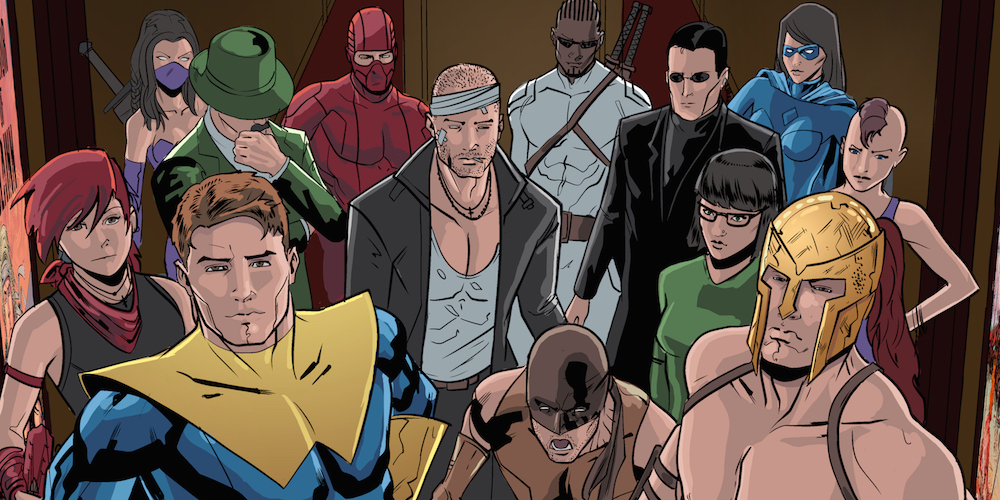 In the summer of 2000 X-Men surpassed all box office expectations and ushered in an era of unprecedented production of comic book film adaptations. This trend, still highly popular and profitable in its second decade, has blossomed into Hollywood’s leading genre. From superheroes to Spartan warriors, The Comic Book Film Adaptation: Exploring Modern Hollywood’s Leading Genre (University Press of Mississippi) is the first dedicated study to examine how comic books moved from the fringes of popular culture to the center of mainstream film production.

Through in-depth analysis, industry interviews, and audience research author Liam Burke charts the cause-and-effect of this influential trend. He considers the cultural traumas, conglomerate demands, and digital possibilities that Hollywood faced at the dawn of the twenty-first century.

The film industry managed to meet these challenges by exploiting comics and their in-built audience. However, studios were caught off-guard when these comic book fans, empowered by digital media, began to influence the success of these adaptations. Nonetheless, anticipating wider shifts, filmmakers soon developed strategies to utilize this intense fanbase, while simultaneously codifying the trend into a more reliable genre, the Comic-Book Movie, which appealed to a wider audience.

Central to this genre was a comic aesthetic—an expectation that saw filmmakers exploit the new expressivity of digital cinema to engage with the language and conventions of comics like never before. The Comic Book Film Adaptation explores this unique moment in which cinema was stimulated, challenged, and enriched by the once dismissed medium of comics; and, for longer than anyone could ever have imagined, the Comic-Book Movie became Hollywood’s leading genre.

LIAM BURKE is a media studies lecturer at Swinburne University of Technology. His publications include the Pocket Essential Superhero Movies and the edited collection Fan Phenomena: Batman.